We've been back in Los Angeles for a few days now, but there are still some things I'd like to share about the trip to Mexico.  After we left Atlixco, I had the opportunity to visit two churches in Puebla that are true architectural gems.  They are both located in the municipality of San Andres Cholula, and provide beautiful examples of the Spanish - Indigenous history of the area.  The first is San Francisco Acatepec, built in the 17th century, which has a stunning baroque exterior covered in locally produced Talavera tile. 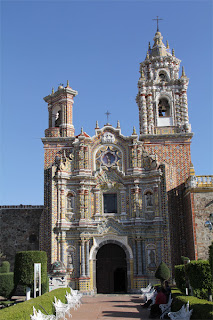 Here's a close-up of the magnificent, brightly colored tile work on the church, which is completely unique to Puebla. 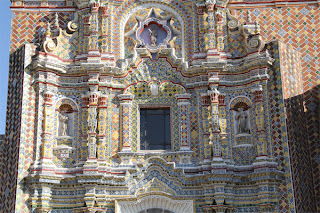 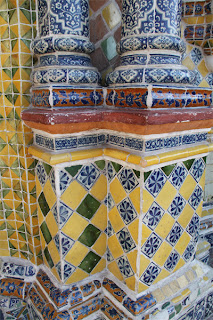 Inside, the church is decorated with plasterwork figures and gilding reflecting the European influence of the time. 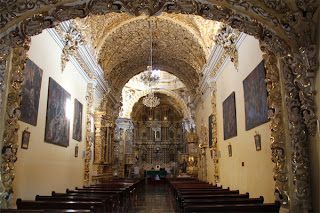 I was totally enchanted by the carved figures. 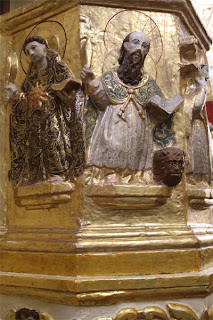 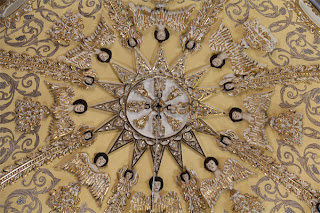 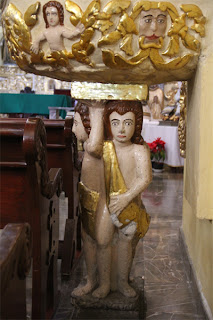 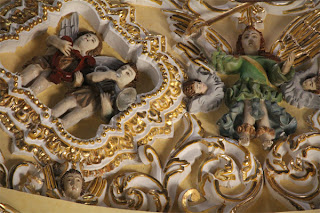 Although most of the figures were traditional European in this church, I noticed this one section with tiny indigenous figures. 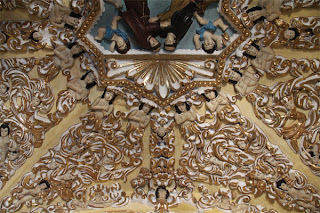 I was so riveted by the beauty of the carving inside that Eduardo had to practically drag me out!  Little did I know, there was an equally beautiful church that we would visit next, namely the Church of Santa Maria Tonantzintla, which was just a few miles away.

At Tonantzintla, we were greeted by a brightly colored archway. 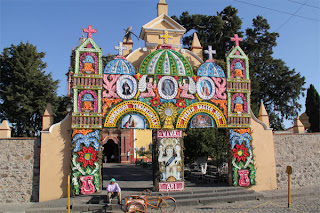 Once we walked through the archway, we were treated to a charming exterior once again covered in Talavera tile, 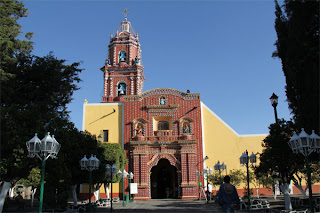 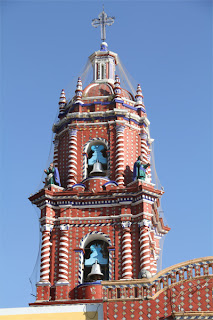 and decorated with primitive figures. 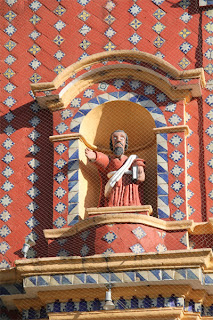 But it was the interior that totally took my breath away.  It seemed that every surface was covered with tiny plasterwork figures. 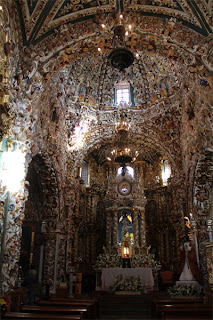 While also built in the 17th Century, the unique thing about this particular church is that it is decorated in a style called "Indigenous Baroque", fusing European and native designs.  I have read that this church is unique in all of Mexico, and I know that so far I haven't visited any one like it. 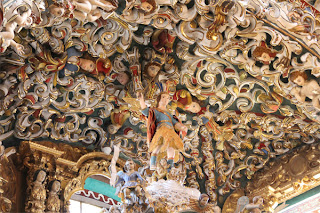 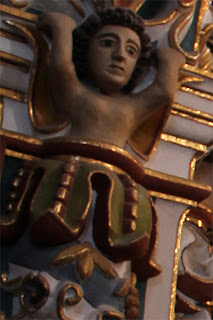 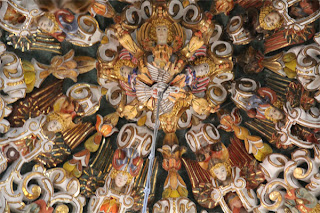 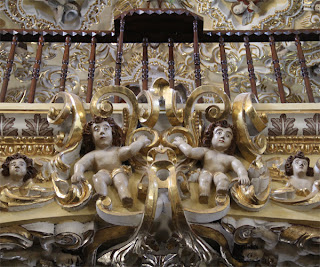 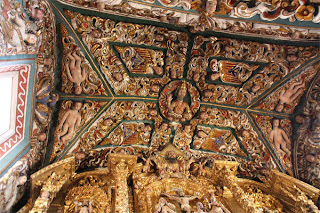 I hope to be able to visit both of these churches again, and spend more time studying the figures in each one.  They are both monuments of great historical and architectural value, and I felt blessed to have had the opportunity to see them.  Yet another example of the many treasures of Mexico.