The Colonial Town of Atlixco, in Puebla

Working our way back to Mexico City, we spent Wednesday night in Tepotzlan, a Pueblo Magico in the state of Morelos.  There we visited Eduardo's friend from Venice Beach, Alejandro, and then set out the next day for the state of Puebla. We spent our first night in Atlixco, a charming colonial town known for its temperate climate year round, which is working on becoming a Pueblo Magico. 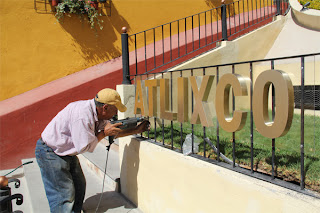 As we walked the streets, we saw workers everywhere sprucing up the town. 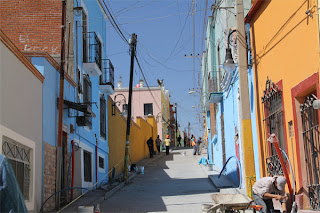 Atlixco was first settled in the 11th century, 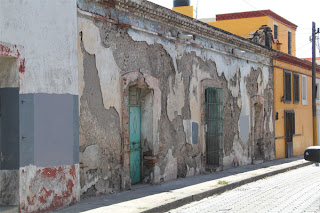 and sits at the foot of Popocatepetl, which is an active volcano, and the second highest peak in Mexico, towering over 17,800 feet. 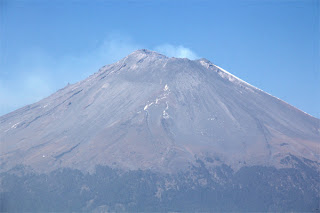 Puebla is know for its churches, and we visited several beautiful ones in Atlixco, the first being Capilla de la Tercera.  The facade was my favorite part of this church, built in the baroque style of the 1800's. 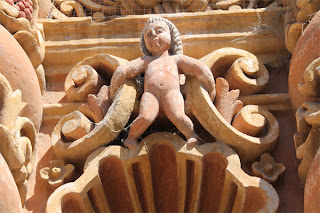 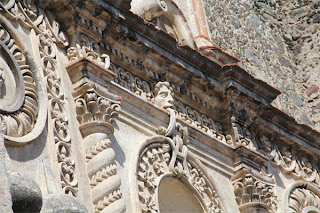 Next we visited Santa Maria de las Asuncion, a church, 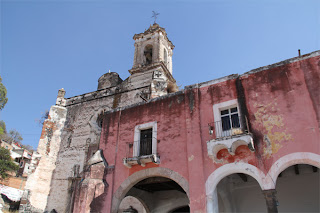 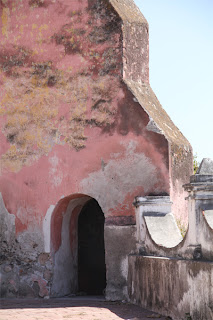 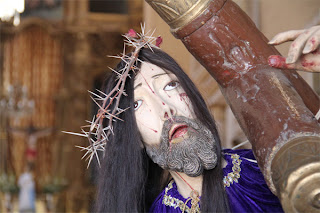 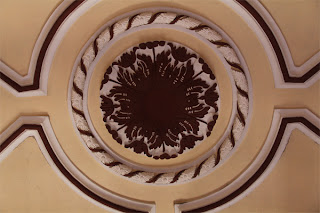 and baroque style decoration on the altar. 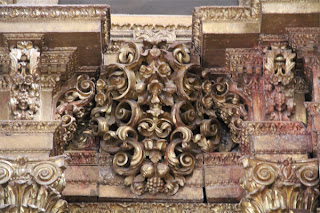 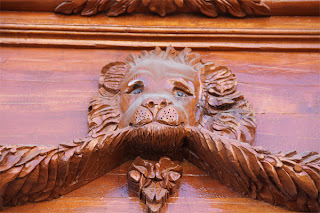 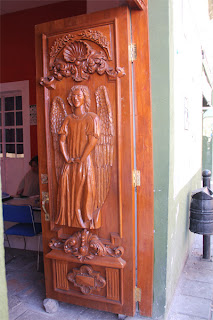 The town square, or zocalo, has the Italian Coffee Company in the center, and is ringed by colorful tiled benches.  The zocalo was buzzing with activity. 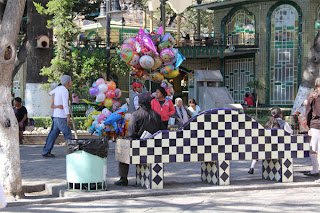 Another beautiful antique church, The Church of Santa Maria de la Navidad sits at the edge of the zocalo. 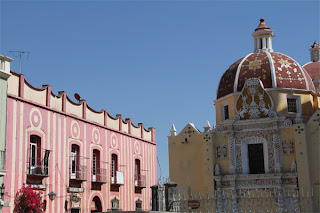 Wandering a block past the square, we visited the municipal building.  The interior was decorated with painted tiles and brightly colored painted murals depicting the history of the town. 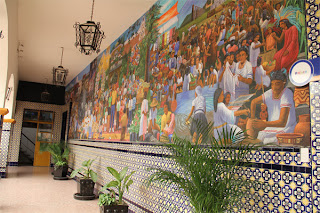 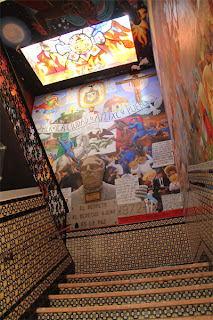 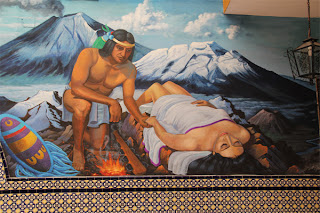 These brightly painted tiles can also be seen around the town, in many different styles, decorating the facades of buildings. 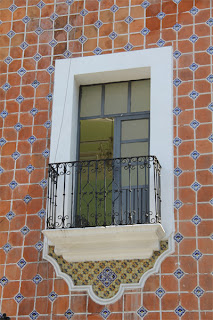 I liked this old rustic ceiling at the University. 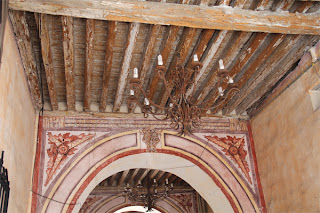 As a side note, I learned a lesson about hotel hunting when we visited Atlixco.  At first glance, it seemed there were two choices.  There were the two boutique hotels facing the zocalo, each priced at around $1200 pesos a night (around $100), or several very unattractive hotels priced at about $300 pesos (about $25) or under.  We continued searching, and found a gem just a block off the square, called the Hotel Olinala.  I knew this would be good luck because we had visited Olinala and loved it there (I haven't written about this town yet because I have a lot to say!). 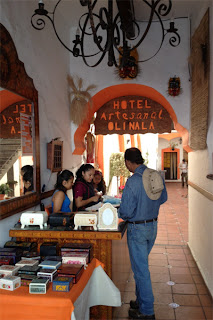 The hotel was clean, beautifully decorated, with a super hot shower and internet in the room, for the same $300 pesos that the other hotels were asking!  Look at the decoration on the reception desk. 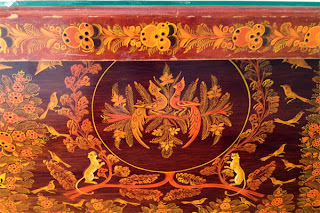 This taught me yet another lesson in Mexico about patience and perseverance.  Sometimes it seems like the older I get, the more I have to learn!