Yesterday morning (Tuesday), we had every intention of leaving Taxco, so we packed up our things and said good-bye to our room at the Hotel Loma Linda, where we spent the last five nights. 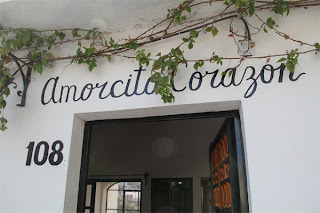 We took one last look at the beautiful view from our room, 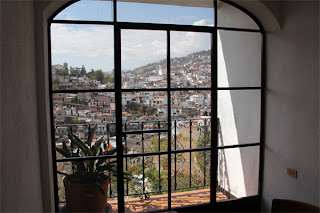 put our things in the car, and took a walk into town to finish our business here.  Of course we did our usual routine of fresh orange juice, followed by pan and coffee. 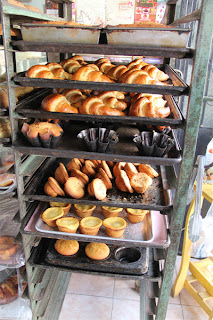 Then our first stop was to talk business with a jewelry friend who works with custom designs in silver.  These are the steps I climbed to get up to his workshop. 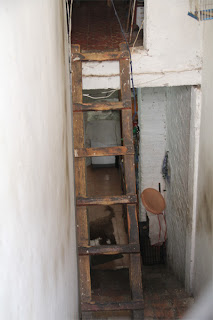 Then we took a taxi up to the colony of Agua Blanca.  I forgot to mention that the VW taxis here in Taxco have all removed the front passenger seat. 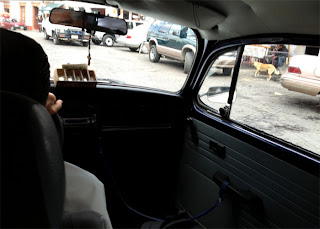 In Agua Blanca, the roads are very narrow, and there are many areas with no guard rails.  Although some people own cars, the most common way to get around is by taxi.  Sometimes the roads are so narrow that the cars barely brush right past you while you are walking.  I decided that a VW is pretty small, but it would still hurt if it ran over my foot! 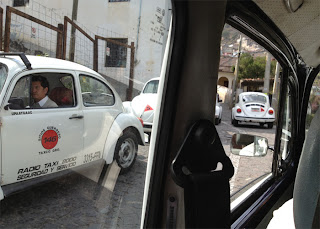 We went in search of Eduardo's friend of 20 years, a master carver named Felix.  Felix's family has no phone, so if you want him, you have to find him!  We first stopped at his house, and his mother-in-law, age 81, told us there were at a fiesta up the hill.  She announced that she would take us there, and said "vamanos"! 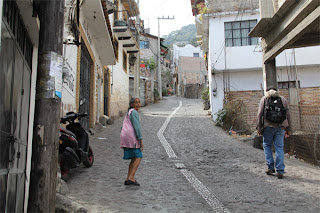 We found him at a picturesque antique style house at the top of the hill, 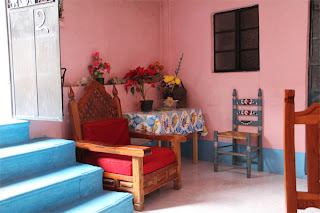 where were drank tequila while Felix and Eduardo talked stone carving, 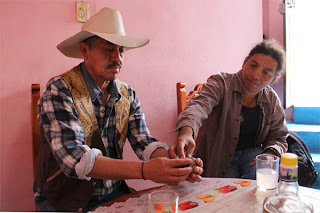 and we ate delicious bean tamales in Mole sauce. 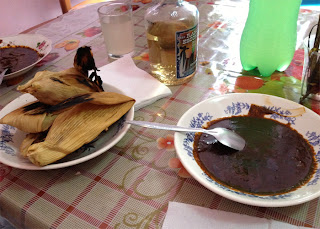 Then we took a walk back to Felix's house, to see his studio and his work.  Here's Felix at the top of the steps to his home. 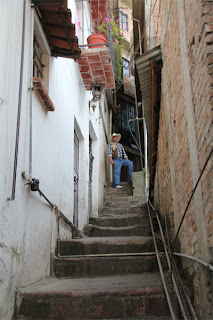 And here's me.  I think Taxco was made for mountain goats! 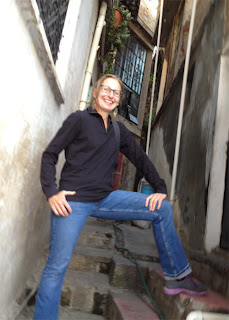 Up in his studio, Felix gave us a demonstration of how he does his stone carving. 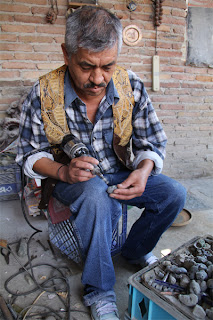 And here are some finished pieces, before polishing, 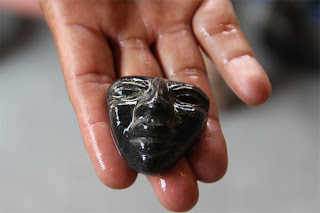 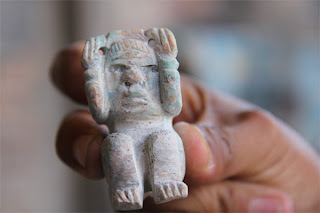 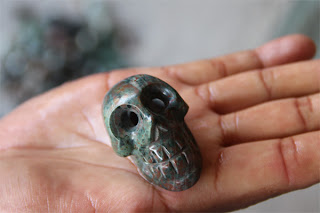 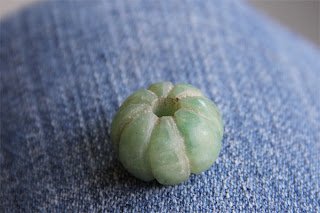 I am very excited that we are coming home with some great treasures for our business from Felix!  Here's the view from his rooftop studio. 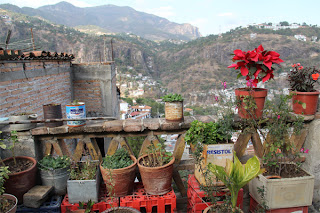 Time was running, and it was now almost four o'clock.  We said our good-byes, and started walking back down the hill towards the town center.  At this point we realized that it was getting too late to leave, and decided to spend one more night here in the hotel.  So we decided to visit a new friend in town, named Alfredo.  I saw some beautiful stone work on the way to his shop. 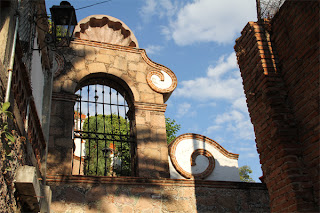 Alfredo has won awards for his jewelry work, and has a shop called "Alfredo's Taller Workshop", which is quite close to the main square and the church, Santa Prisca.  When we got to Alfredo's shop, there was a lot of activity because they were filming a Novella almost right outside his door, featuring the Mexican actor Eduardo Capetillo. 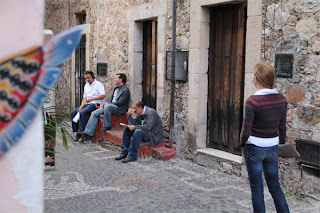 Eduardo caught me taking his picture in true paparazzi style, and he gave me a big, beautiful smile.  Muchas gracias, Eduardo! 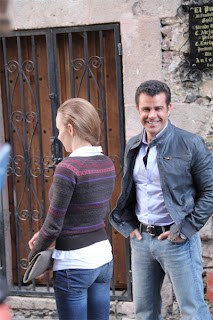 Meanwhile, in his shop, Alfredo was busy soldering. 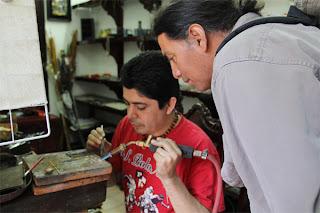 Alfredo sells his custom jewelry, along with crafts that he gathers from the entire region of Guerrero. 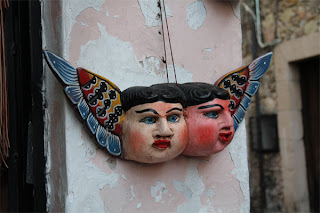 Right across from his shop is a metal sculpture in honor to William Spratling, who is a famous silver designer who lived and worked in Taxco.  There is a Spratling Museum here that is open very limited hours, and if I am lucky enough to visit it before we leave town, I will talk more about Spratling tomorrow. 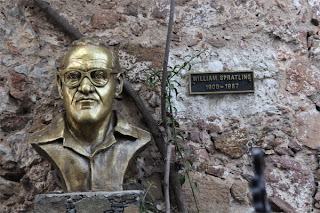 The moon was beginning to rise as we bid farewell to Alfredo and headed over to our favorite pizza place. 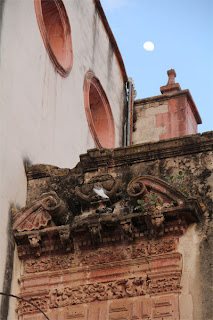 I noticed the beautiful iron work on the windows of Santa Prisca. 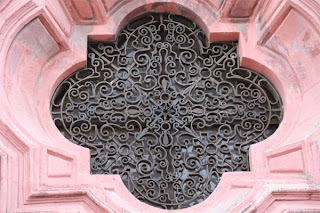 Tired and hungry from another busy day, we sat down to a delicious vegetarian pizza at our favorite spot, 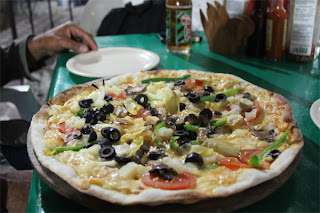 then walked back to the hotel, for what will now be our sixth night in Taxco.  A most rewarding and fulfulling day in town that is hard to leave!