Hello all!  I have had very limited internet access for the last 2 weeks, so sorry the posts have been so few and far between.  Tonight I'm perched outside a restaurant that's closed for the night here in Ixtapa, borrowing their wifi so I can continue my story!  Going back to Tuesday, Dec. 19th, we left Puerto Vallarta and headed south on the coastal road to visit some of the beach towns in Jalisco.  Just south of Puerto Vallarta there are many beautiful homes and condominium projects along the coast, and we stopped at a lookout point at Boca de Tomatlan. 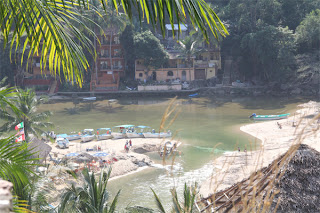 Getting back on the road, we noticed that there were groups of people going out on jungle tours that departed from Vallarta. 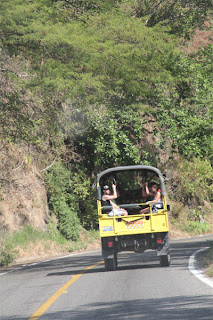 We drove for about 90 miles, and discovered the sign for Punta Perula, where we decided to stop.  We were instantly taken by the beautiful beach there.  While Eduardo was parking the car, I started walking towards the water.  I liked the red blooms I saw on the cacti there near the beach. 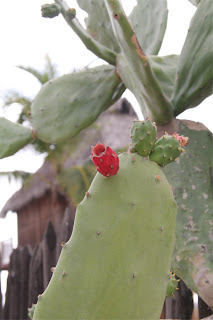 As I got close to the sea, I noticed something bobbing in the water.  The waves were quite strong, and it kept moving closer and closer to shore. 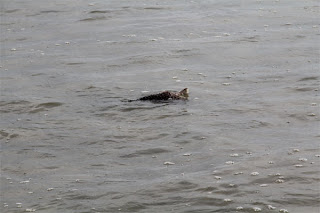 I called Eduardo down to have a look, and we discovered it was a puffer fish that had gotten too close to shore and couldn't swim past the break to get back out to sea. 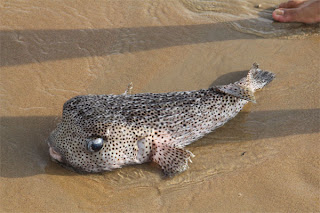 I have to admit that seeing this fish was one of the highlights of my trip so far.  His eyes and lips are so adorable to me, he looks like a toy!  Eduardo scooped him (or her) up with my sparkly flip flops, 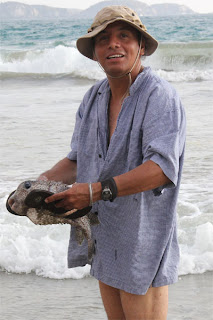 and walked out past the break, where he flung him back in the sea. 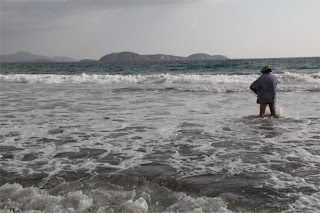 That experience was really quite magical, and we both looked at each other and said "I want to stay here tonight!".  There were several hotels in town, and we chose a beautifully maintained one where the owner took great pride in her plants.  She had a lovely and unusual lavender bouganvillea, 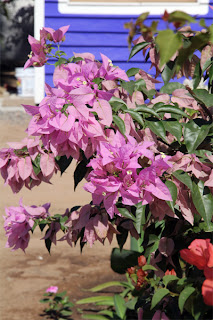 and this gorgeous plant with a name that has something to do with a monkey.  If anyone knows the name of this plant, please let me know! 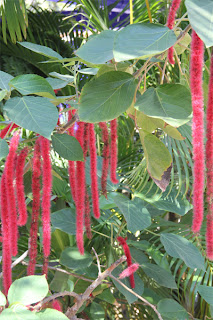 We took a walk after we put our things in the hotel, and came across this deserted hotel.  Turns out there was a strong earthquake centered near Punta Perula some years back.  I tried to get the exact date on this, but the best information I could get was that it was around 2004. 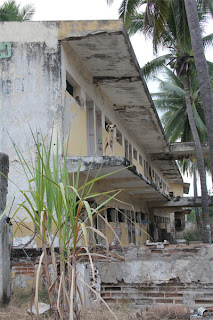 We also stopped at another small hotel in town with a beautiful garden, and chatted with the owners, who told us that they had met in Barre Navidad, and then decided to get married and move to Punta Perula.  They have lived there for 40 years and raised three children there.  And of course they consider their town one of Mexico's best kept secrets! 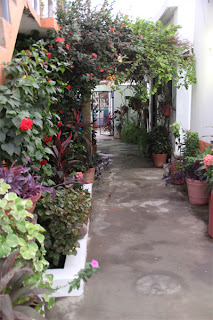 We headed down to the beach to catch the sunset, 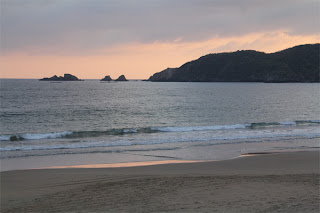 and then stopped for dinner at a little local spot, where the owner's daughter told us of her love for fishing.  She shared a few secrets with Eduardo about using a tiny hand pole, 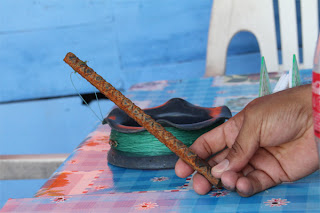 and the different sized hooks she liked to use. 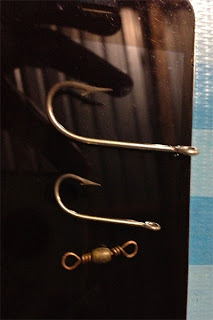 The next morning, we went back to the same restaurant for breakfast to catch a few more fishing tales, stopped to say goodbye to our new friends at the little hotel, and then went down to the beach one more time to take a few photos. 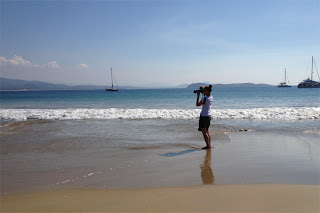 We got back on the road heading south, and stopped at three other local beaches along the way.  The first was Boca de Iguana, which was a gorgeous, quiet spot with a large area for tent camping right near the beach. 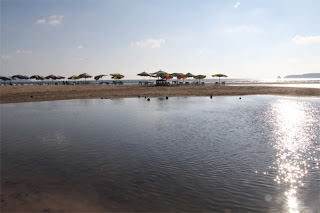 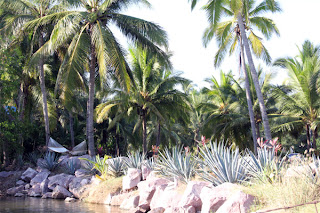 The second was Melaque, which was more of a boisterous party beach (although family oriented), with fishing, swimming, eating, and dancing being enjoyed by the locals. 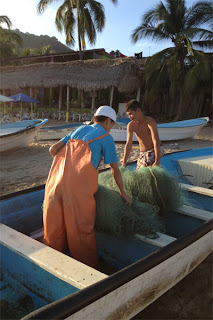 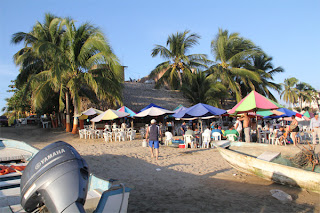 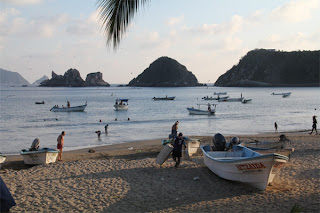 And the third was La Manzanilla, another popular fishing spot, with good swimming as well.  This beach was quieter and seemed to have a good number of retirees from the US and Canada. 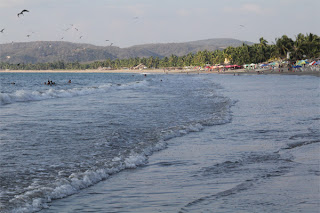 We enjoyed our brief visits these beaches, each with their own personality, and decided to continue on to Barre Navidad, where we would spend the next two nights.