A Side Trip to the Cities of Colima and Comala

We entered the small state of Colima on Friday morning, December 21, and decided to deviate from our drive along the coast and take a side trip to the city of Colima, the state's capital, which was about a 50 mile drive inland.  Here's a view of the coastal city of Manzanillo as we began our trek up the mountain. 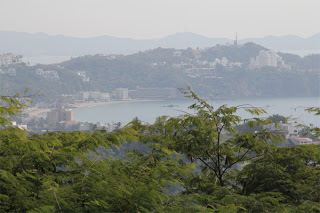 We saw tropical fruit stands along the road on the way, 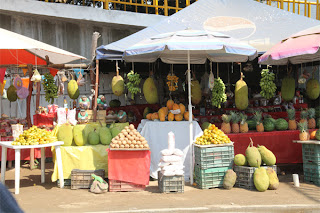 and an antique store selling some great metal sculptures just on the outskirts of town. 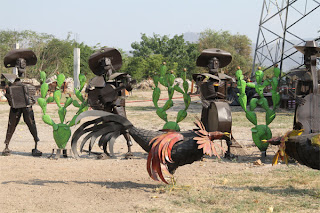 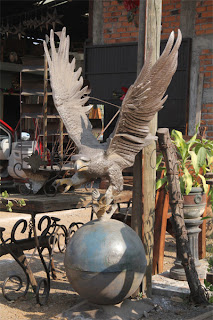 The thing that impressed me most about Colima was how clean and well manicured it was.  Colima is know for it's lemon trees, and they flanked a beautiful town square. 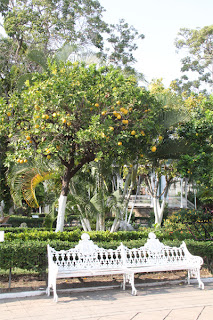 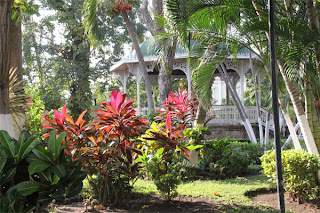 The square had some nice metal sculptures, 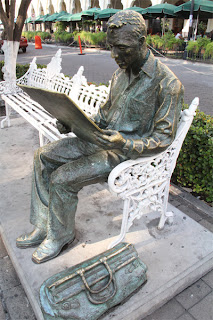 and a great exhibit of vintage Mexican photos. 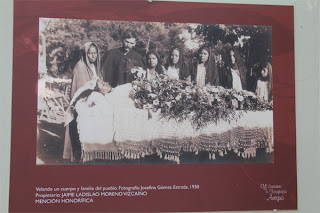 This is a typical doorway of a house you would find in Colima. 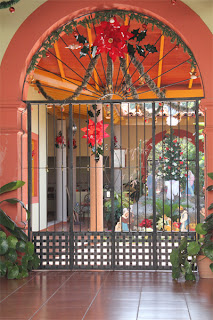 One of the most popular cities for tourism in the state of Colima is Comala, which is a small antique town situated only a few miles from the city of Colima.  You've probably figured out by now that I love seeing people riding horses in the middle of town, and there was plenty of that in Comala. 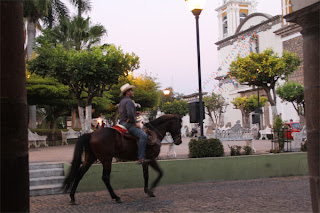 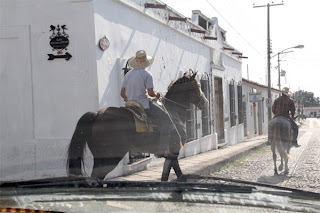 I especially liked this guy, who rode his horse to work at his painting job. 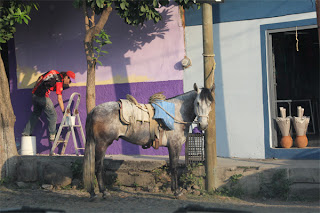 They had several Botaneros in town, which you might recall is a restaurant where you only pay for the drinks, and they bring you the food for free.  This time I had Sangria, and it was delicious, and pretty, too! 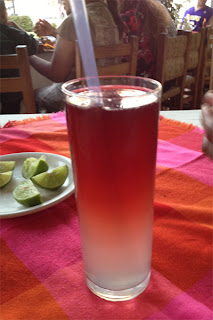 One thing that was unique about Comala is that the popular places to stay in town were called Hostels, but they were actually more like a bed and breakfast, and much nicer than the hotels in town.  We stayed at a lovely Hostel that was run by a family who moved to Comala from Oregon.  The rooms were very charming. 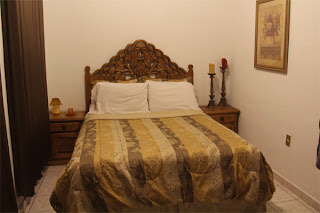 The houses in Comala were equally charming, 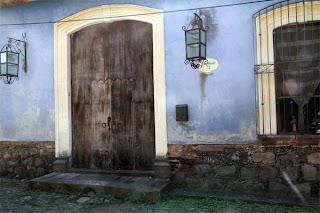 and featured some great details. 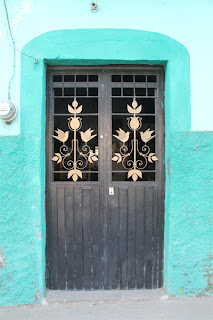 We enjoyed meeting this bar and restaurant owner who used his passion for old movies to create collages filled with images of male and female film stars in Mexico. 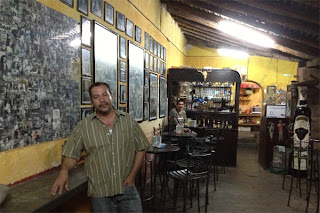 Comala has a lot of interesting natural places to visit nearby, including a volcano and a nature preserve.  I was chatting with a couple from the states who bought a retirement home there, and they told me that they frequently go hiking and that artifacts can still be found in the area.  Amazing!  We drove just a little further to the neighboring town of Suchitlan, where we had a lunch at restaurant with a jungle view. 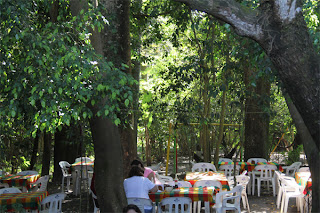 They had some wonderful masks from Guerrero on the wall, 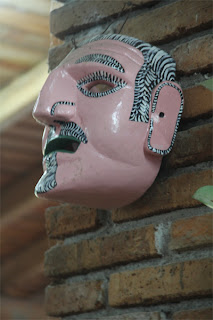 and some nice painted ornamentation on the walls as well. 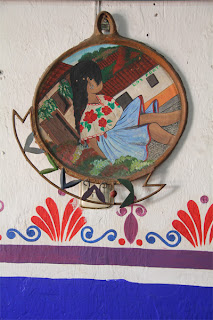 We left Suchitlan and drove back to the City of Colima.  I liked this roadside stand.  Cowboy hat, anyone? 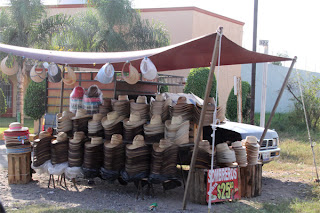 We caught the freeway in Colima and headed back down the mountain. 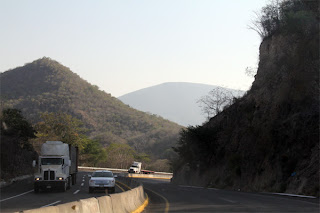 Once we were back at sea level, it was time to once again head south, leaving the state of Colima, and entering the state of Michoacan.  We knew this coastal drive would be the most remote, the most dangerous, and the most picturesque.  Michoacan greeted us with fields filled with banana trees and coconut trees, framed by towering mountains.  It took my breath away from the start. 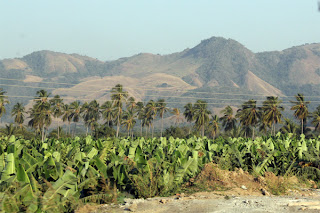