Selling Across From the Venice Freak Show

From time to time I sell on the Venice Beach Boardwalk with Eduardo, and we spent three days there this week, taking advantage of beautiful weather and the last days of summer before the kids go back to school. 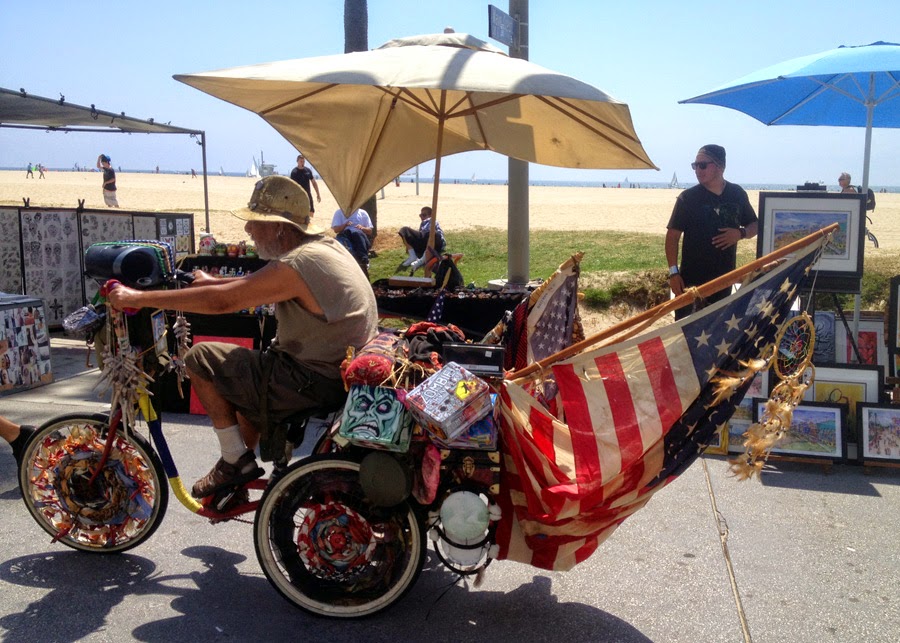 Even on a bad day, Venice is never dull.  Tourists from literally all over the world come to Venice Beach year round, and you meet the most interesting people.  There I am entertained by an endless stream of "fashion dos and don'ts" (it would make quite a book), and immersed in a sea of colorful characters, where outrageous rules, talking to yourself is the norm, and you need to be careful where you sleep. 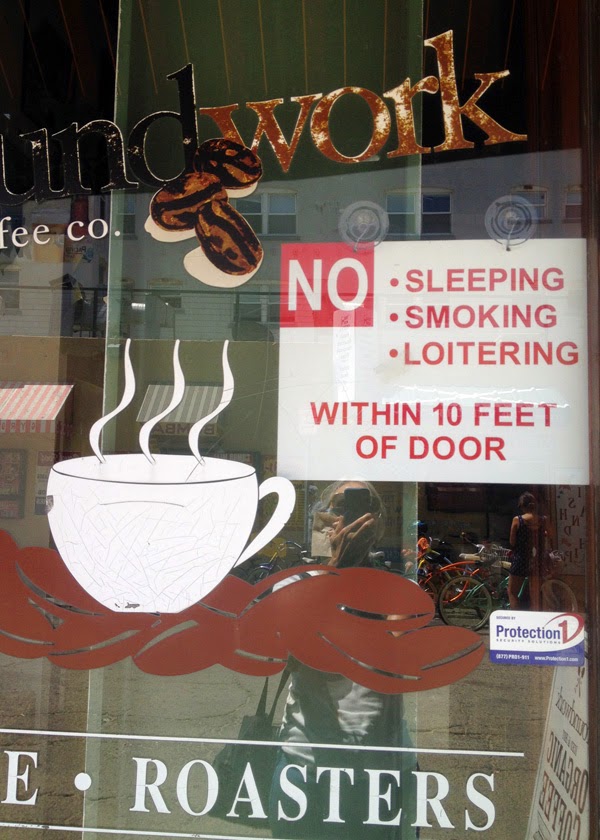 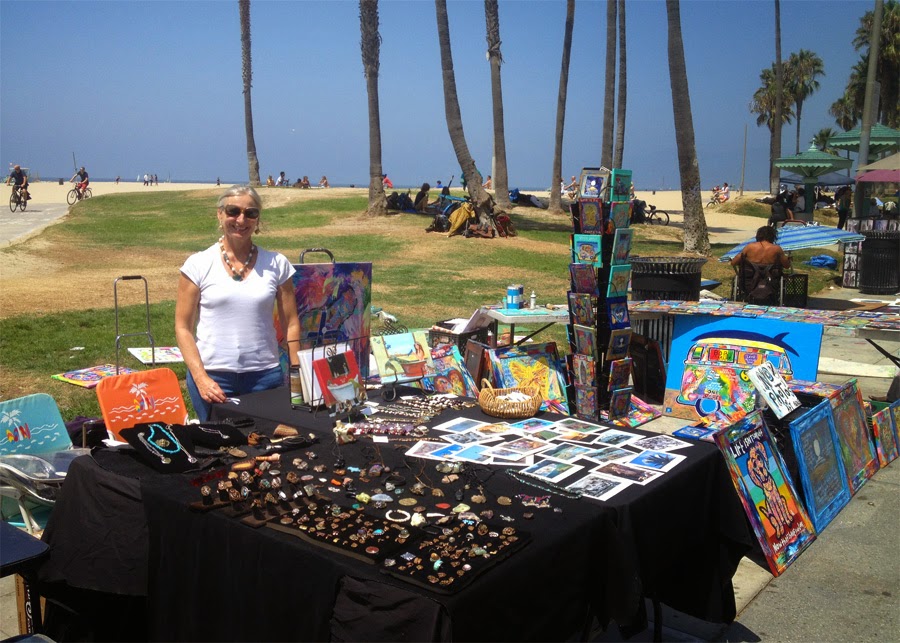 Not a bad place to call your office.  So anyway, on Friday, we arrived late and immediately found a space directly across from the Venice Freak Show.  Lucky, I thought!  I've walked past the Freak Show many times, but never sold particularly close to it, at least not on a day when it was open, which is just Friday, Saturday and Sunday. 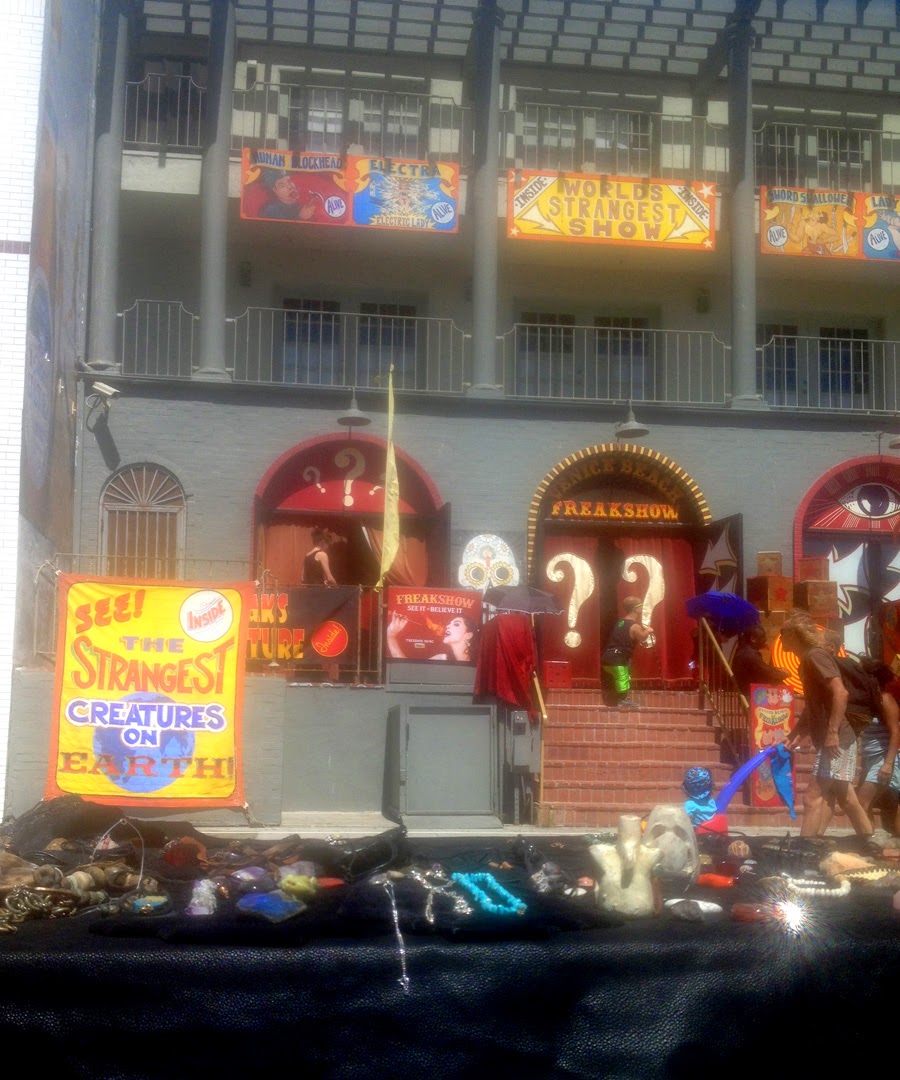 It immediately became clear why it was so easy to get a space there.  Freak Show owner Todd Ray stands out in front of the show like a carnival barker and draws people in all afternoon.  "Have you seen the two-headed turtle?  It's alive, come and see it for free.  See the world's smallest man, the Wolfman, the Fire-Eating Lady, and Morgue, who will do tricks that will blow your mind.  We have a two headed pig, a two-headed chicken, a five legged dog that you can pet.  All for only five dollars."  Over and over and over and over and over.  And. Over.  At first he was just DRIVING ME CRAZY.  But then, I became intrigued.  Heck, I became hypnotized by the rhythm, the cadence.  How does this guy DO this all day long?  He was really good at it!  By 4:00 pm, he had me sold.  "Do you want to go in"?  Eduardo asked me.  "I'll pay for you."  "YEAH!"  I said.  So my sweet love gave me five dollars and in I went.

The stage area was small and intimate, with only two rows of folding chairs, and the first act up was Morgue, a performance artist who takes a power drill and puts a giant drill bit up his nose.  Yes, UP HIS NOSE.  And then releases it from the drill and leaves the bit lodged in his head while he introduces Asia Ray (Todd's daughter), the Fire Eating Lady.  Asia Ray sits down and has electricity sent through her body, and then proceeds to light her torches with her finger, and then her tongue. 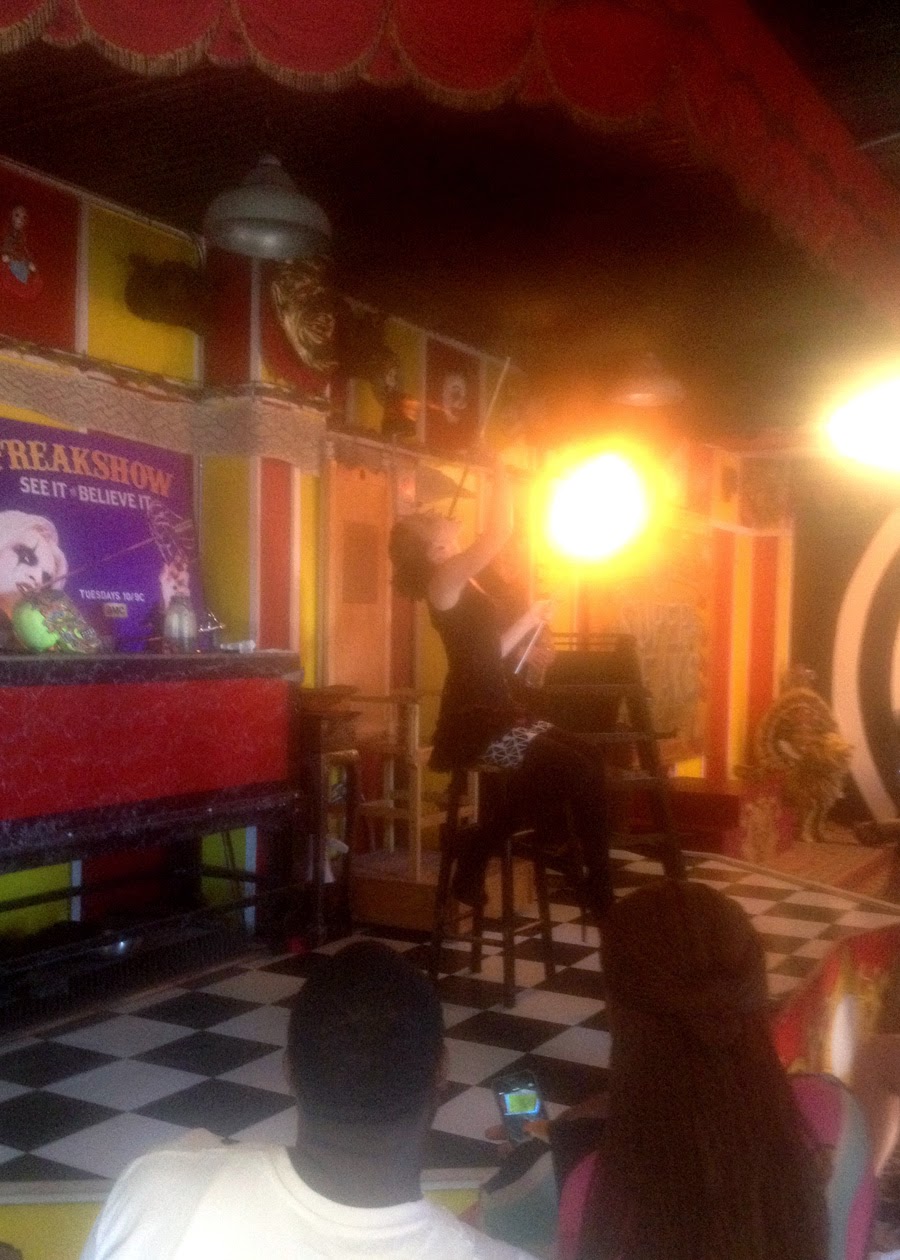 Now Asia Ray is another reason why I was so intrigued I had to go in.  I had been watching her interact with people all afternoon in front of the show between her performances, and she is such a young, pretty, tiny little thing.  All the little kids outside seemed so excited to meet her and take a picture with her after her performance.  Well I have to say her composure on stage was amazing, and she did a great job with her fire eating, but what I found the most unbelievable skill of Asia Ray was her ability to keep it together while working with Morgue.

As you may remember, when we last left Morgue, he was retaining a very long drill bit in his nasal cavity.  He pulled it out of his nose, and then moved on to his second trick, namely swallowing a sword.  I had never seen this done before in person, and I just couldn't get over it.  How does that sword come out so clean?  No blood, no goo.  Where does it go?  I'm shaking my head in disbelief as I'm writing this.  Fascinating.  But his last trick really took the cake.  He inserted a large metal hook in his nose, and gently worked it into his nasal cavity until it came out his mouth.  I was so freaked out by this (as well as the first two tricks) that I took NO pictures.  AND YOU ARE ALLOWED TO TAKE PICTURES!!  I was just frozen.  So in the interest of giving you a visual, here is a picture I took off the AMC website, so you can see Morgue with the hook thing going on. 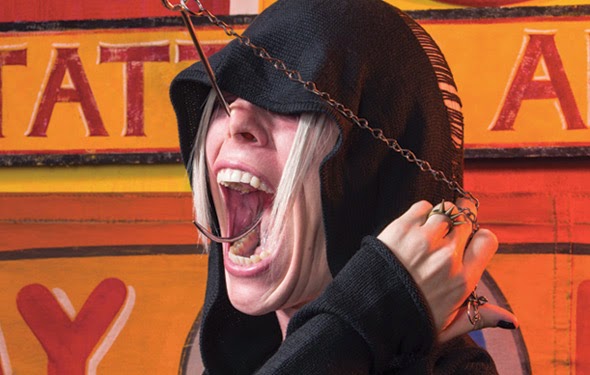 It's one thing to look at a photo, by the way, but an entirely different experience to be up close and personal, to watch him actually perform this stunt and then have him walk right past you so you can see it a foot from your face.  It was haunting.  By the time these stunts were over, I was a bit dazed and had a hard time walking around the museum part of the show.  But I did manage to grab a picture of (what else) this mermaid. 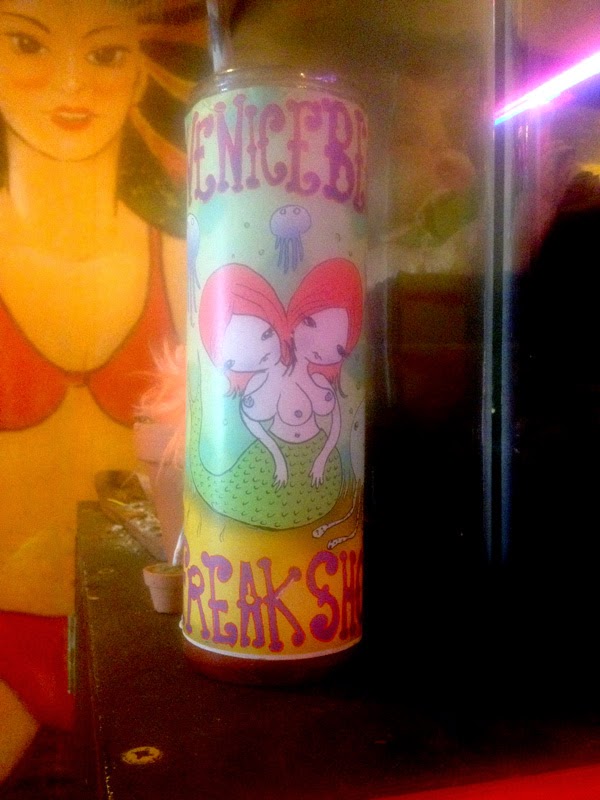