Impressions of the Enchanting Port City of Sete

Free to roam about the South of France, Julie and I headed over on Wednesday, June 29th for an afternoon visit the Port City of Sete.  Julie was on the lookout for possible interesting new locations to add to her agenda for Workshops in France.  On the drive over I noticed some fish graffiti.  Looks like this is about as close as I'm going to get to a Mermaid. 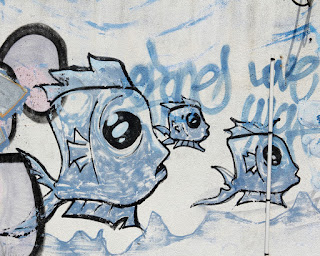 There is quite a bit of graffiti in the South of France, by the way.  And most of it is not that good.  I found that surprising for such an ancient and artistic place.  I think they need to step up their graffiti game!!

But what we did find in Sete was an absolutely enchanting town, built in the 1600's, known as the "Venice of the Languedoc" because of its network of canals, and bordered by the Bassin de Thau, an enclosed saltwater lake (where they raise oysters and mussels), on the southeast and the Mediterranean Sea on the southwest. 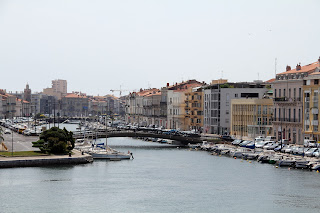 It is definitely my kind of place. 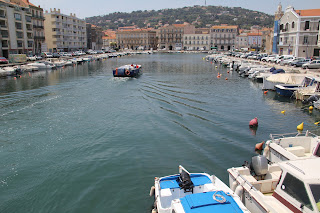 You can see the ships on the Mediterranean Sea at the end of the Canal du Midi. 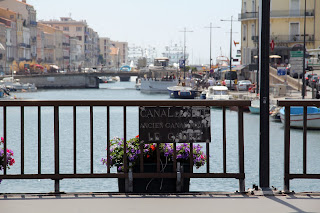 Because I live near the areas of Belmont Shore and Naples in Long Beach, California, I was reminded a bit of home, but with historic buildings thrown in.  It captured my heart. 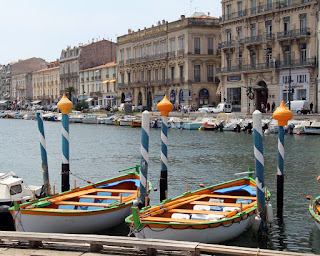 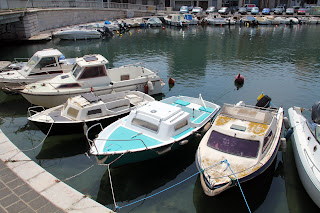 Notice the sunken ship.  This poor guy had the one boat that was below the water, instead of above it.  Perhaps now a vessel for Mermaids? 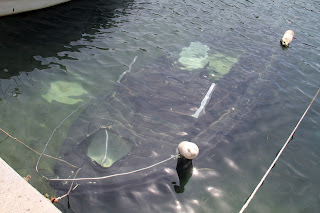 There is a lot of wrought iron work in this area on the balconies of the buildings, and I remarked to Julie how they were just like New Orleans.  To which she reminded me, "No!  New Orleans is just like HERE."  Duh!  Of course! 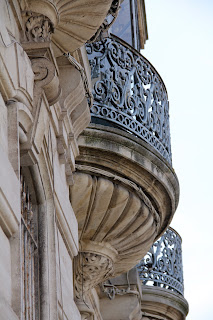 The town center was filled with shops, 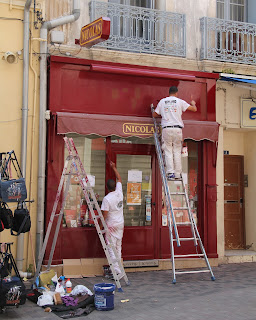 and of course, a Farmer's Market.  We just caught the tail end. 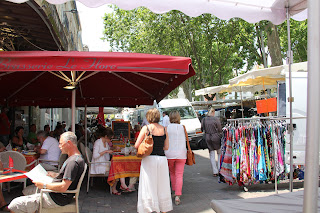 Boulangeries and Cafes lined the streets, and I got to have my first macarons since we arrived in France. 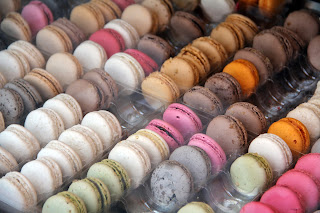 I went for the pistachio and the chocolate.  With un grand creme, 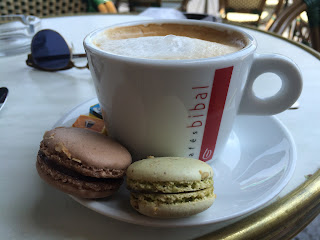 and a lovely view. 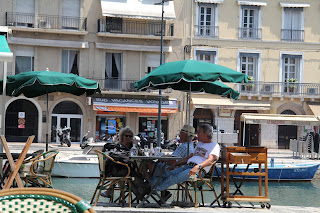 I also needed to give these little piggy cakes some press.  As my kids would say, they were totes adorbs. 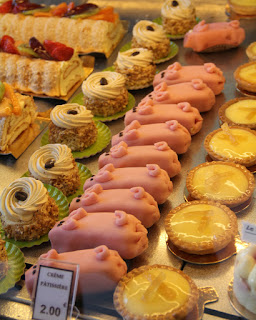 Here's an interesting boxed out window design that looked very French to me, 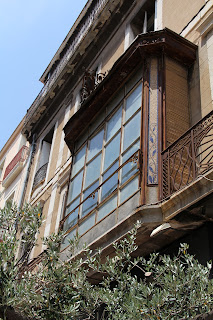 and some of the ornamentation on the Chamber of Commerce building. 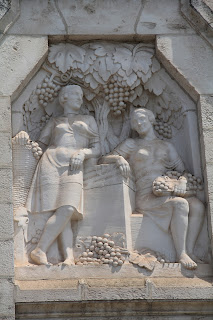 But this is my very favorite building in Sete.  Look at these amazing figurative pillars. 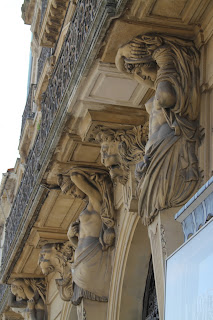 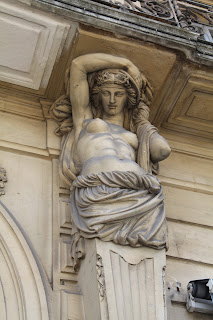 Gorgeous work!  These kinds of architectural details just kill me.  One of my favorite parts about Europe.

I have since read that there are some very nice Mediterranean beaches in Sete as well, so I definitely want to revisit this beautiful place on my next visit to the South of France.

Next up, Montpellier.  Thanks for following!