After leaving the port of Veracruz, we drove through several small villages and towns here in the south of Veracruz state that I wanted to mention.  Of course there were many beautiful colorful plants to enjoy along the road. 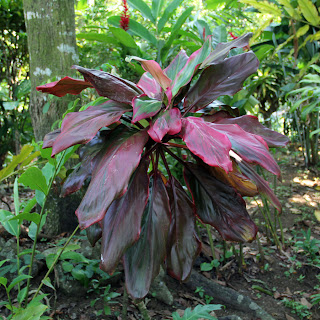 The first noteworthy town was an antique fishing port and village called Alvarado.  Coming over the bridge into town, the first thing you notice is a huge seaside cemetery, which looks like a beautiful little city. 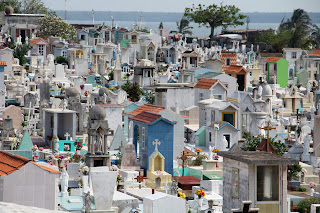 Heading on to the port, there were several antique style fishing boats docked along the waterfront, 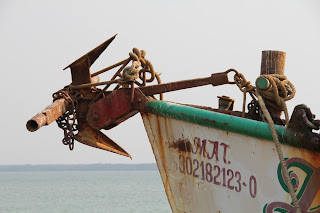 and a very clean and picturesque zocalo, where we encountered yet another film crew shooting a scene for a Novela. 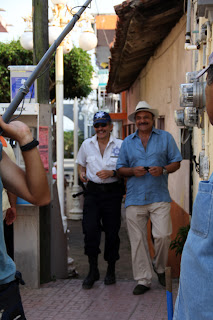 Getting back onto the main road, we continued on to another small, enchanting town with a population of about 8,600 called Tlacotalpan, which is situated on the banks of the Rio Paploapan. 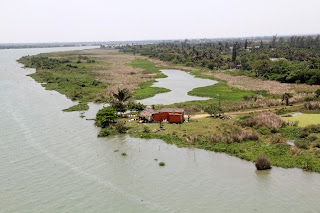 There is a nice little waterfront area downtown, 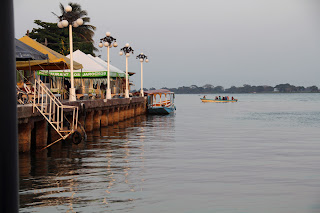 and the streets are serene and immaculate, with all the houses painted in bright colors that have a real caribbean feel.  Charming and quiet, it is a favorite little get-away spot, with several nice hotels.  Decidedly tropical in this area, the weather is hot, hot, hot! 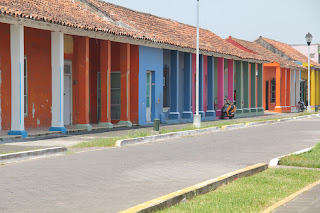 We spent the night there on Wednesday night, and then continued on our drive south in the morning.  The next interesting place that we stopped was a tiny town called Roca Partida, which is on the Gulf of Mexico.  We drove down to the waterfront, where we found several abandoned restaurants, 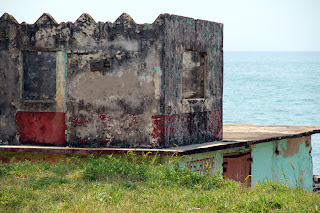 and a small warehouse with fishermen, who were happy to show us what they catch there.  What we noticed first were the three sharks on the floor! 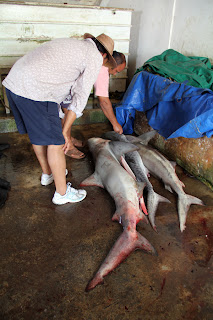 And take a look at the jaws on this shark. 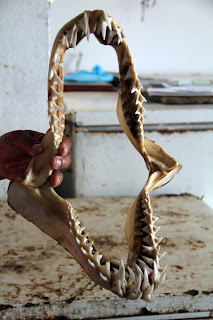 But they caught less foreboding fish there as well. 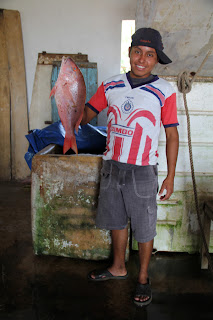 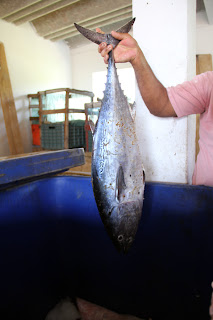 Continuing on down the road, we noticed a cow with her calf, 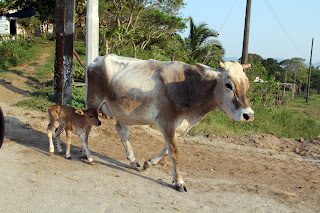 a turkey with her chicks, 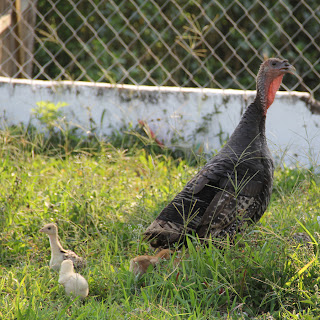 a horse with her foal, 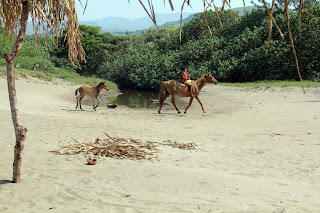 and a hen with her chicks. 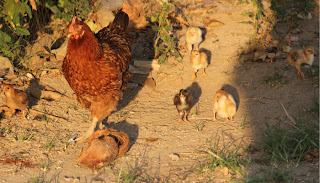 It was a day for babies!

Our last stop of the day was La Barra de Sontecomapan. 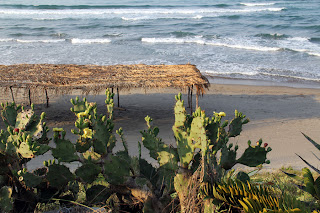 A small remote village consisting of about 30 families, bordered by the Gulf of Mexico on the north and a lagoon on the south, there was no cell service and no internet.  It is there that we spent the next two nights.

It's almost 3 am here now, and it seems this is the time that I most often tell you my story!  I will leave it here for tonight, and of course I wish you all sweet dreams and Buenas Noches.