Attack of the No-see-ums in San Blas, Nayarit

After our two nights in Playa Novillero, we were on the road again on Tuesday.  We crossed back over the Acaponeta river, 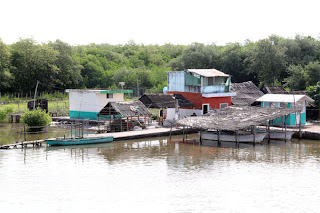 and stopped in the town of Tecuala to have a look around.  Most towns here have a town square in the center of town, and there are crafts people selling their wares.  The colorful little Nativity statues for Christmas caught my eye, each painstakingly hand-painted. 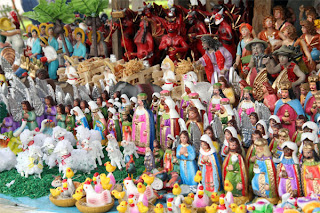 We ate breakfast in the local market, where we tried shrimp patties with nopales (cactus), a regional dish.  The market had some beautifully decorated Virgen de Guadalupes. 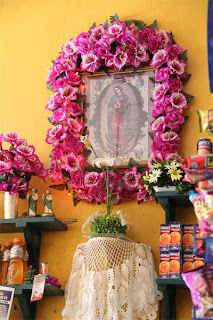 We visited the local church, which was historic and lovely, with its own unique personality, 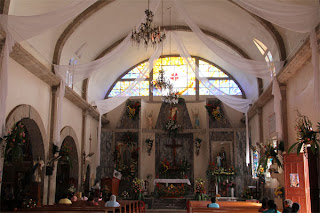 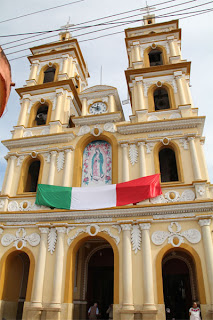 and then we got back on the road, heading south to discover the next group of beaches in Nayarit.  We decided to visit San Blas, which was about a 60 mile drive.  As we approached the town we noticed that it was surrounded by mangrove swamps.

San Blas is a favorite tourist destination, rich in history.  It was officially discovered by the Spaniards in 1768, and served as the Spanish Naval Base.  We passed the ruins of the church that was built there in 1769, and then decided to visit the beach and find a hotel, before returning to explore the town. 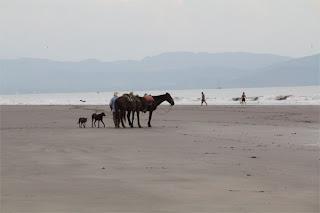 We got out of the car and rolled up our jeans so we could take a walk by the water, and were instantly attacked by no-see-ums (sand fleas), which are tiny little black bugs whose bite packs a whallop, and leave a red welt like a mosquito bite.  In about 5 minutes, we easily got well over 50 bites each!

That sent us zooming for the car, and for a local internet cafe, to check the map for the distance to the next town.  We found a little bar that had a charming old hi-fi stereo playing record albums, along with old novels written in English. 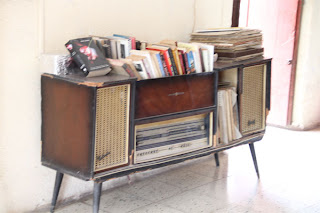 We had something to drink and decided to leave.  We were sad that we couldn't take more time to look around, but the no-see-ums took away our spirit for the town that day, and we got back in the car and continued our drive south, and away from the swamps.

We made a quick stop at one of the neighboring towns, where I spotted some fishermen getting ready to go out in their boat. 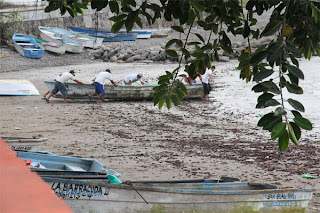 After passing the neighboring beaches the road turned inland a bit, and as day turned to dusk we finally settled on the antique town of Las Varas, which is where we ended up spending the night.

We checked into a hotel in Las Varas, and took a walk through the town.  There was the booming sound of firecrackers, and we realized that it was December 12, the celebration of the birthday of the Virgen de Guadalupe.  This explained to me why we found her picture or statue so beautifully decorated in each town.  They were preparing for her birthday!  We walked to the local church, where they were serving atole and tamales outside, while inside a mariachi band was performing.  It was delightful! 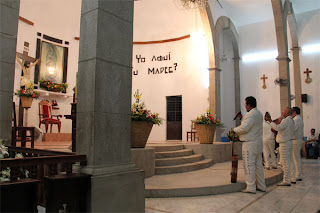 We enjoyed seeing various festivities at people's homes along the way as we walked back to the hotel that night, where settled in for the evening and tried not to scratch our bug bites.