The Beaches of Nayarit, Starting with Playa Novillero

Sunday we bid farewell to marvelous Mazatlan, and headed south, leaving the state of Sinaloa and entering the state of Nayarit, which is known for it's beautiful beaches.  We exited at the town of Tecuala, and took Mexico 68 west to the sea, crossing the Tecuala River. 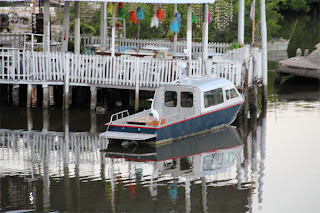 The road ended at Playa Novillero, which is where we would spend the next two nights.  Playa Novillero is known for being one of the longest beaches in the world. 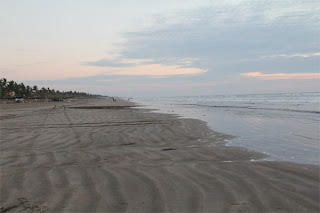 The hotel that we stayed at was quite primitive, but it was right on the beach.  This is the view from our balcony, where we spotted this ice cream vendor while having our morning coffee. 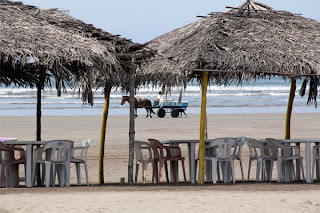 We decided to go on a little adventure, and took the road from Playa Novillero south, following the coast for about 45 minutes to the mouth of the Agua Brava Lagoon.  This was a really beautiful drive, and we could see the ocean the entire way.  There were few people, and many cows. 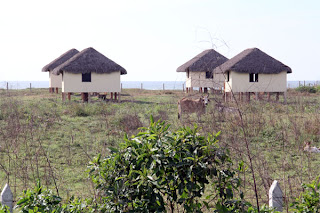 On this road, drive slowly, because when they say cow crossing, they're not kidding! 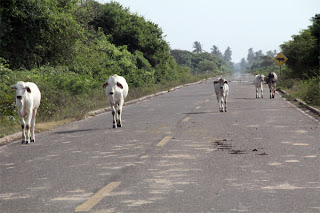 The cows had such lovely, serene faces. 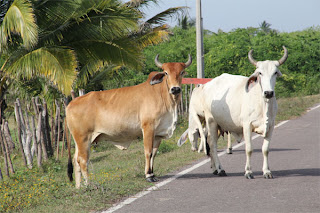 We finally reached a small village called Palmar de Cuantla, where I spotted a pig in the park. 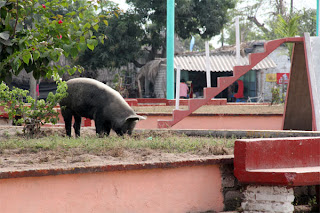 The road turned to cobblestone in the village, and then to dirt with many bumps as we got closer to the Agua Brava Lagoon, which is known for fishing and shrimp production.  Wildlife was really abundant once we reached the lagoon, with many types of birds. 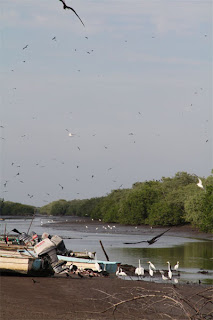 Since the dirt road getting to this spot was so difficult, we decided to drive back to Palmar de Cuantla on the beach, following another driver who had a pick-up truck.  This drive was really the lessor of two evils, because each way was pretty scary!  Here are a couple of pics I snapped while we were driving on the beach. 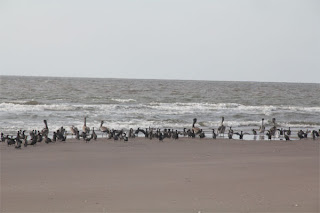 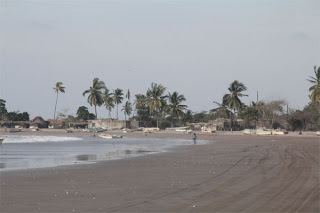 We were pretty happy when we got back to Palmar de Cuantla, and resolved not to drive on the beach again!  We headed for the local Botanero, which is a restaurant where you just pay for the beer, and they bring you the fresh seafood for free. 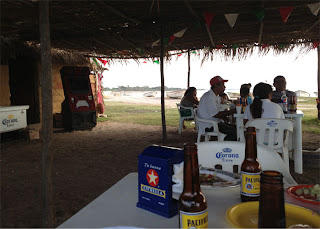 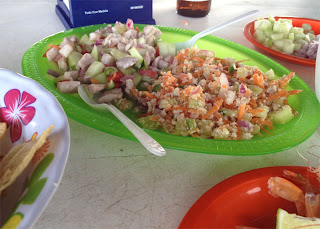 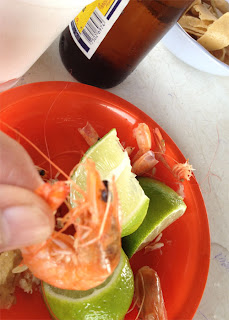 Notice that these little guys are served whole, eyes and all.  That took some getting used to, but you just eat the meat inside, and they are really delicious.  They even put them whole like this in their shrimp tamales in this region.  At the Botanero we were able to relax from our adventure, and prepared to make the rest of the drive back to Playa Novillero.  Here's a village rooster I spotted nearby. 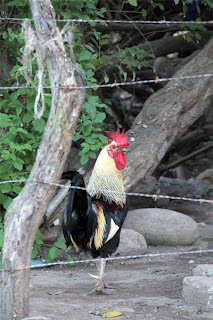 The chickens and roosters are everywhere, and at least here in Mexico, forget the roosters just crowing in the morning.  They crow all day long!  As usual, I also like spotting the women doing their laundry. 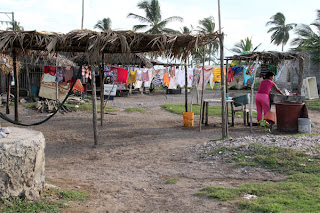 And the local version of the Virgin de Guadalupe. 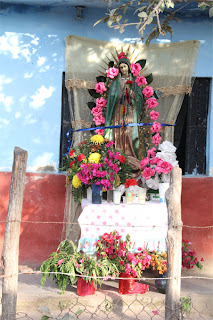 On the drive back to Playa Novillero, we encountered this abandoned hacienda, complete with grazing horses, 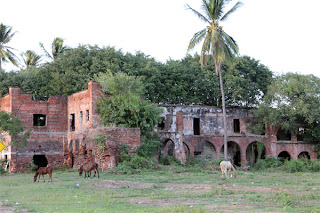 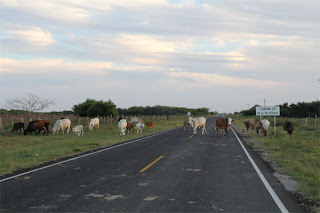 We returned to our hotel by sunset.  After dark, we watched shooting stars from the beach.  A full and exciting time in Playa Novillero!